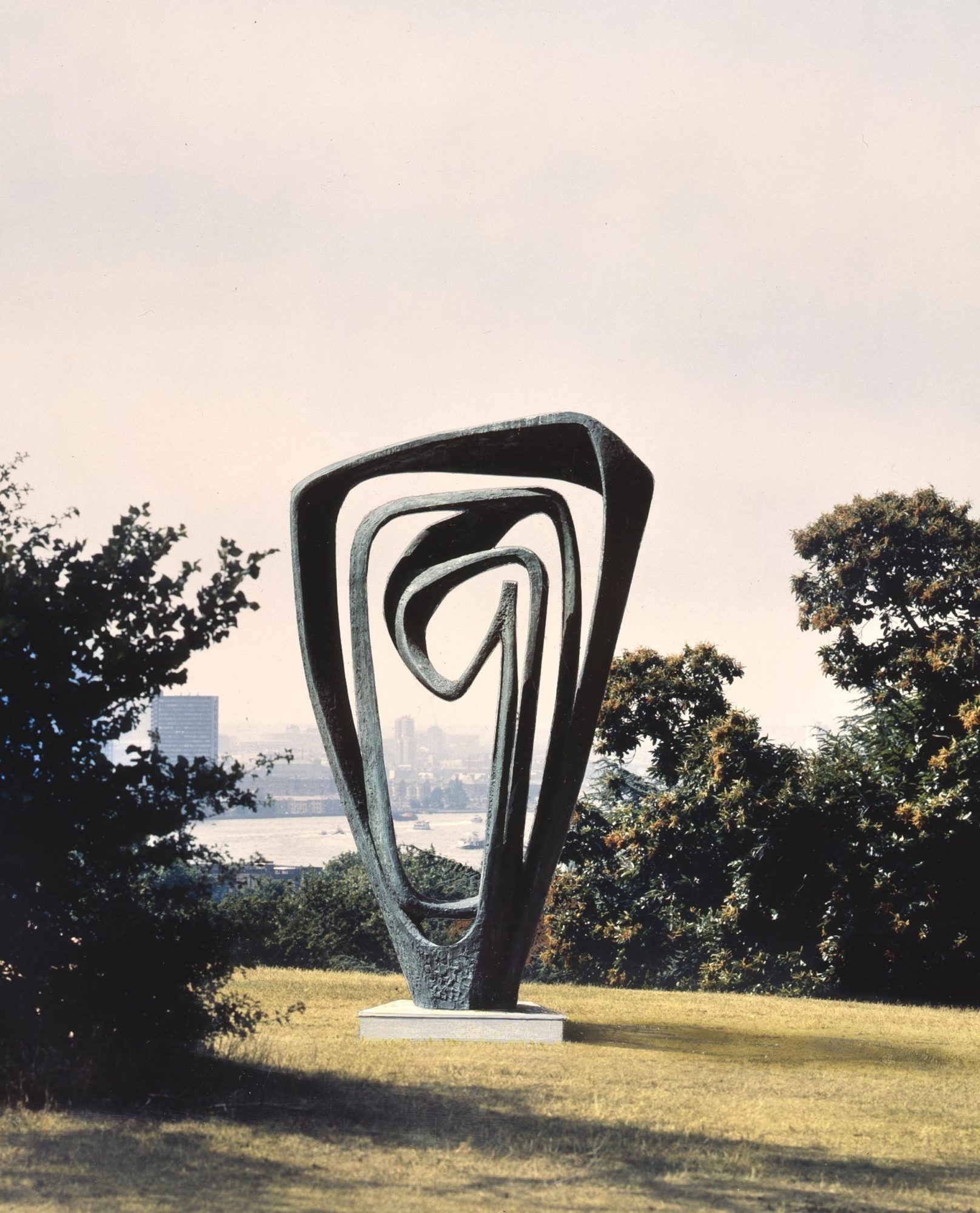 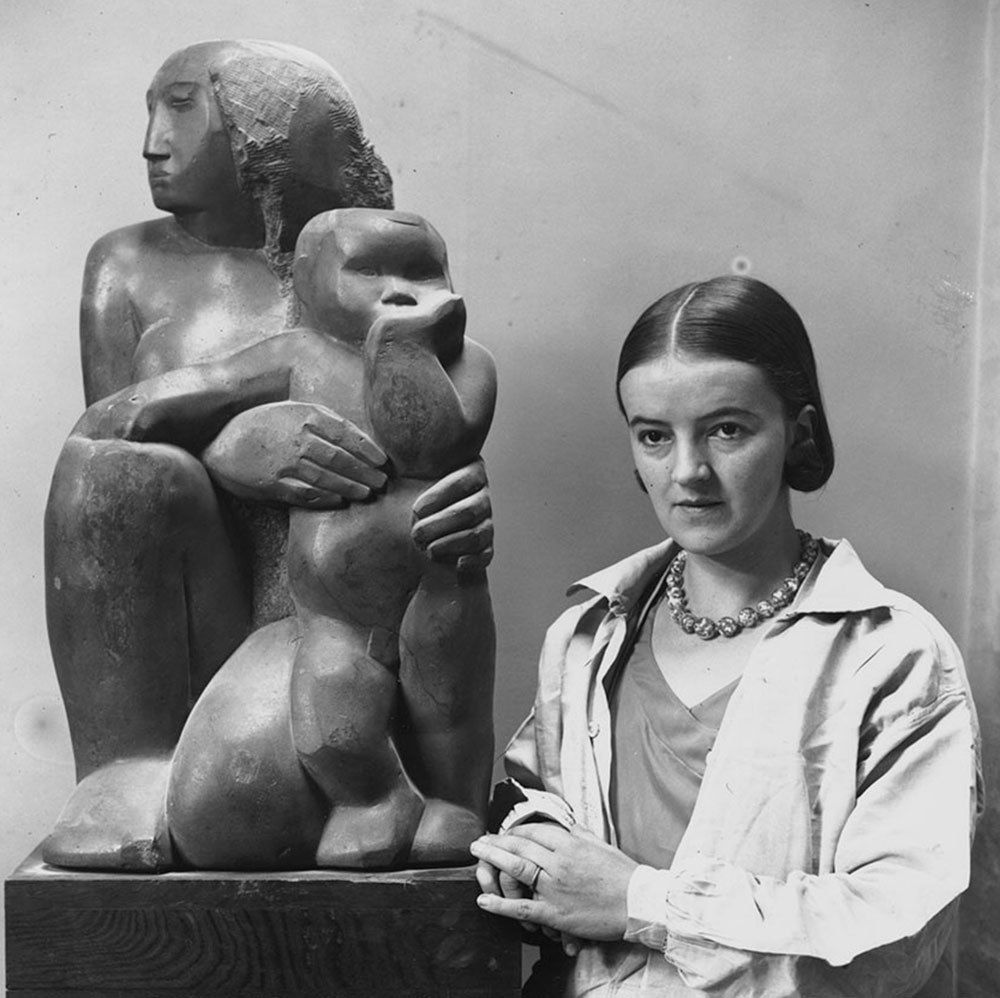 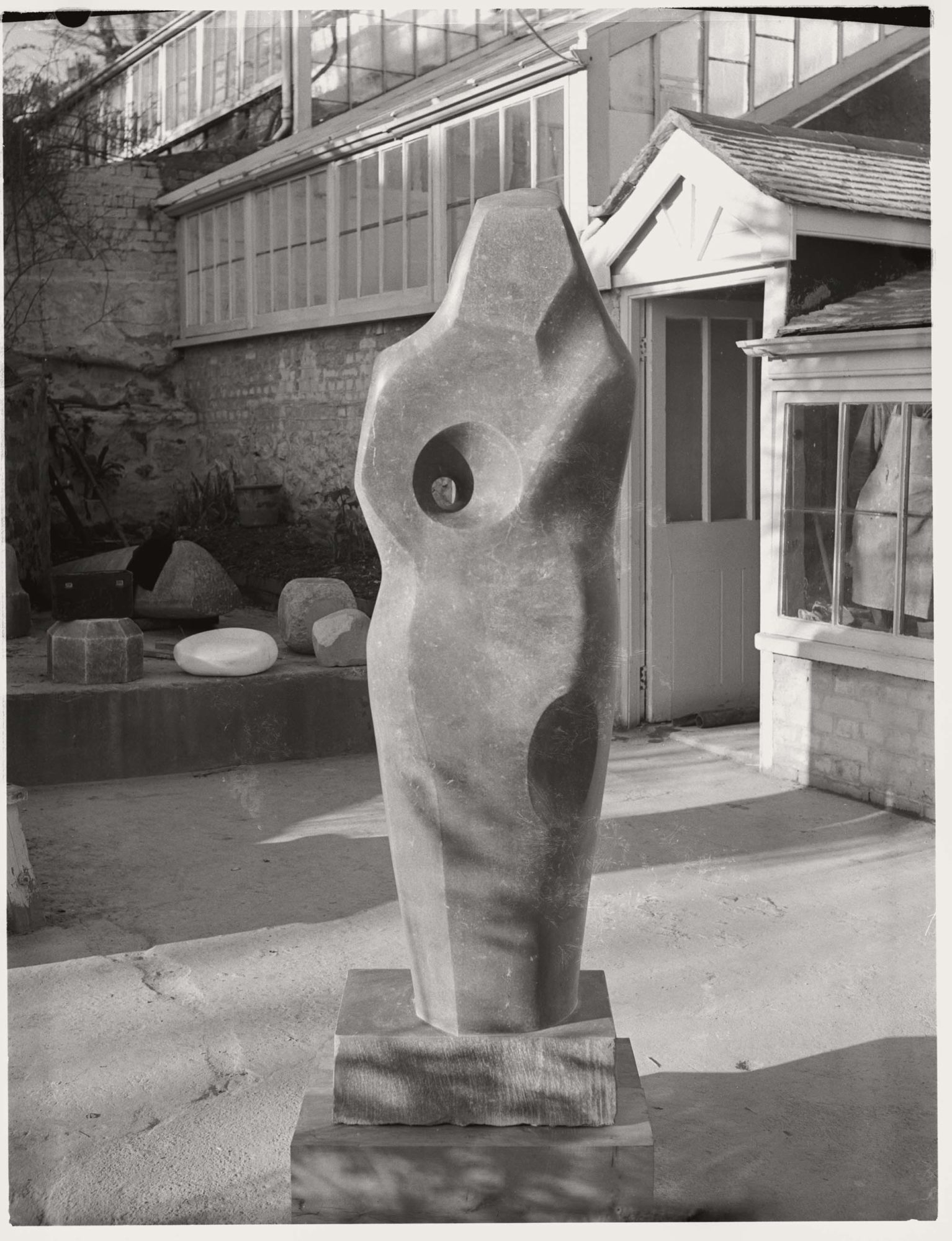 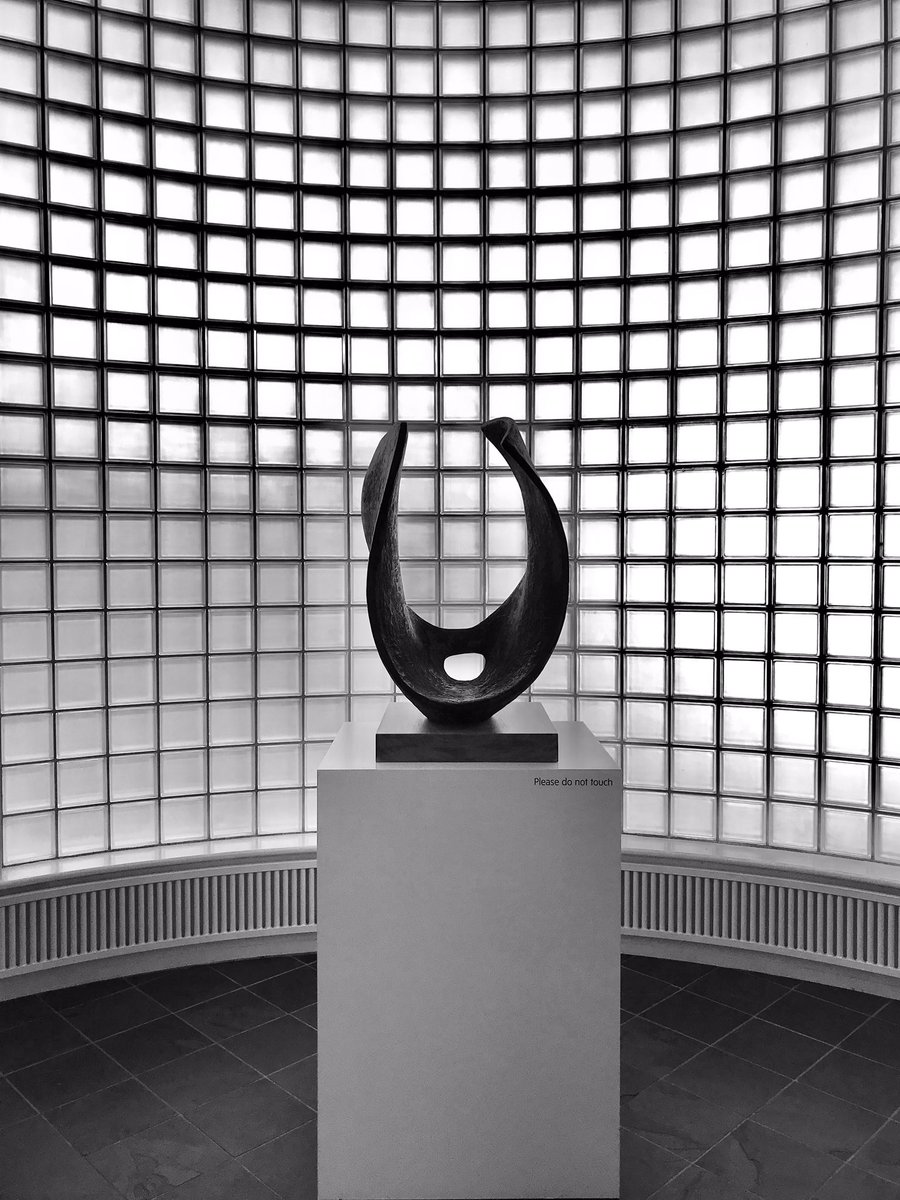 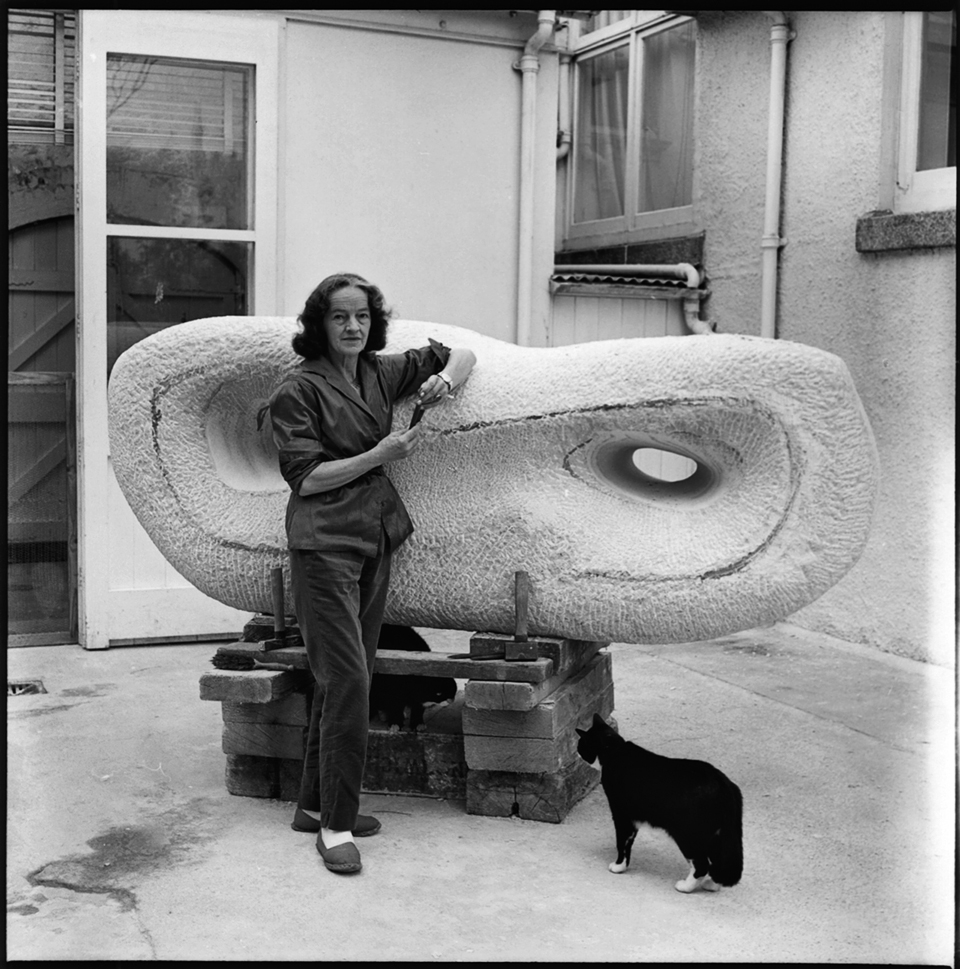 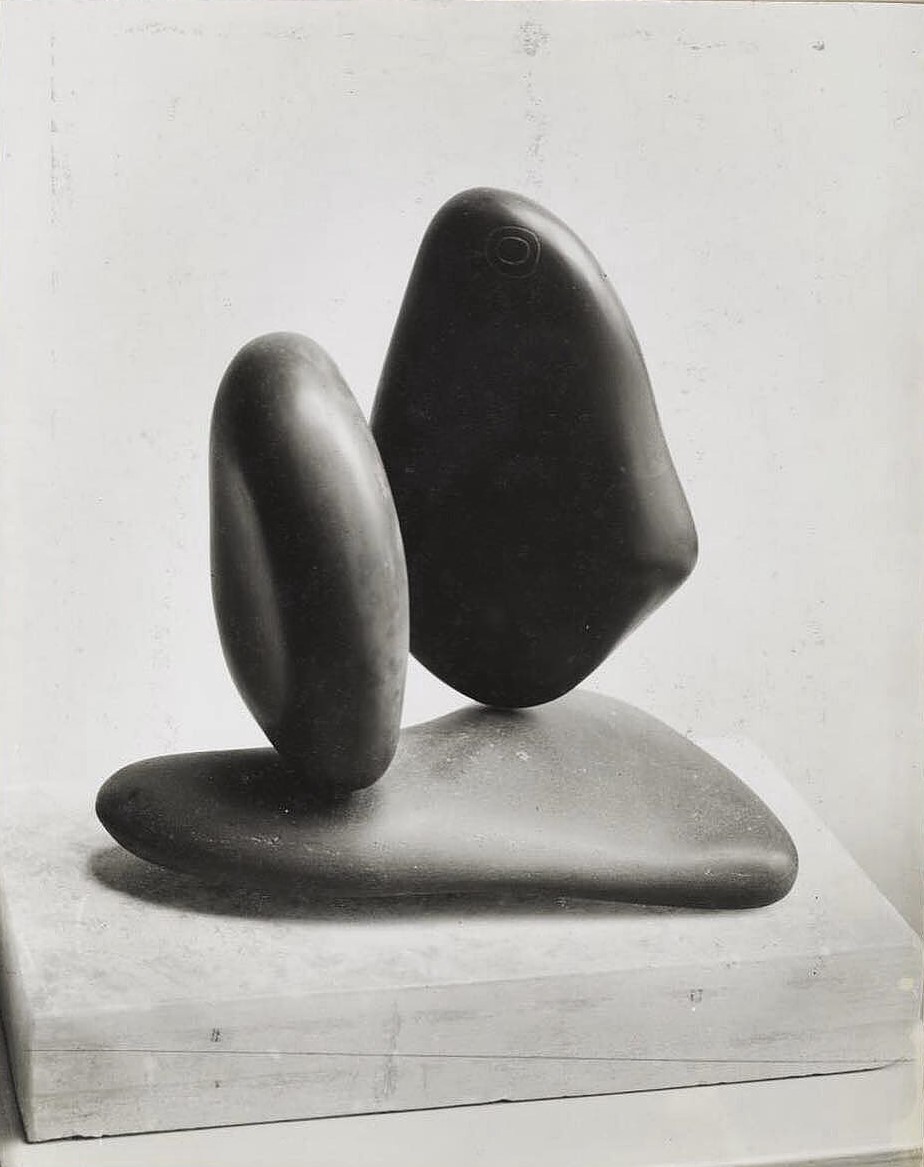 Barbara Hepworth was a British artist who achieved great international acclaim. Hepworth is perhaps best known for her “pierced” modernist sculpture: constructed using a variety of materials such as alabaster, marble, bronze, wood, and aluminum. Hepworth’s abstractions were often ovular and organic in shape, exploring the shifting contours of the interior and exterior. Born on January 10, 1903 in Yorkshire, England, she began her artistic life by studying at the Leeds School of Art in 1920 and proceeded to graduate from the Royal College of Art in London. Thereafter, she enjoyed a period of traveling to Italy, Greece, and France, where she visited the studios of Jean Arp, Pablo Picasso, and Constantin Brancusi. Before and after her death in an accidental fire at he studio, in Trewyn on May 20 th, 1975, Hepworth’s work achieved wide levels of success. It was featured in the British Pavilion of the 1950 Venice Biennale, for which she received a commission for Single Form, a monumental sculpture installed at the plaza of the United Nations building, in New York. A large-scale retrospective exhibition of her work was held at Tate Britain in London in 2015.